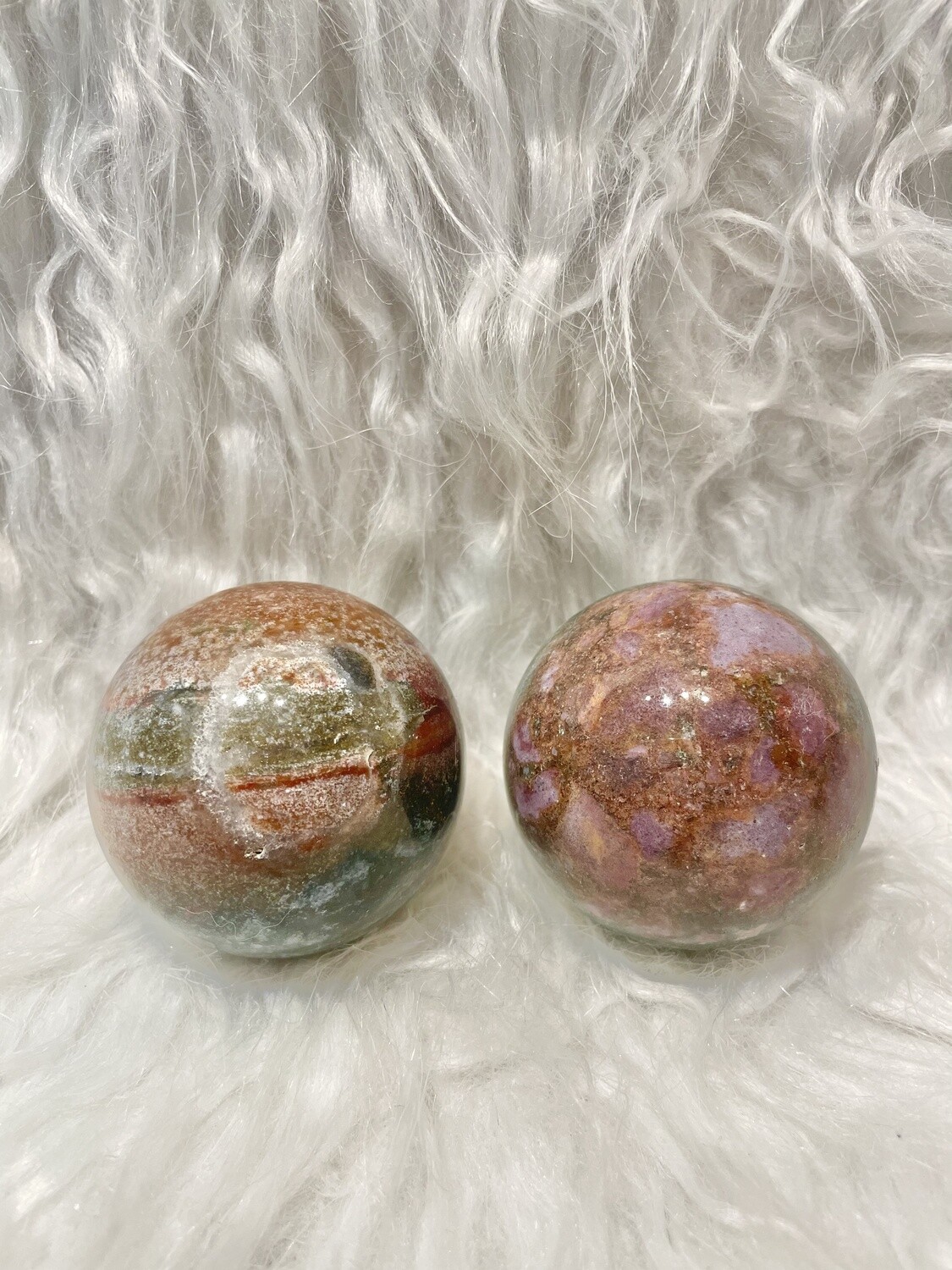 Scientists have found nearly 2,000 alien planets since the first such world was confirmed orbiting a sunlike star in 1995. More than half of these discoveries were made by NASA's space telescope, which launched in 2009 on a mission to determine how common Earth-like planets are throughout the Milky Way galaxy. Small, rocky worlds like our own are abundant in the galaxy, and some of them may be capable of hosting life as we know it.

Only the left ocean jasper sphere is available and features a unique crescent moon filled with druzy.