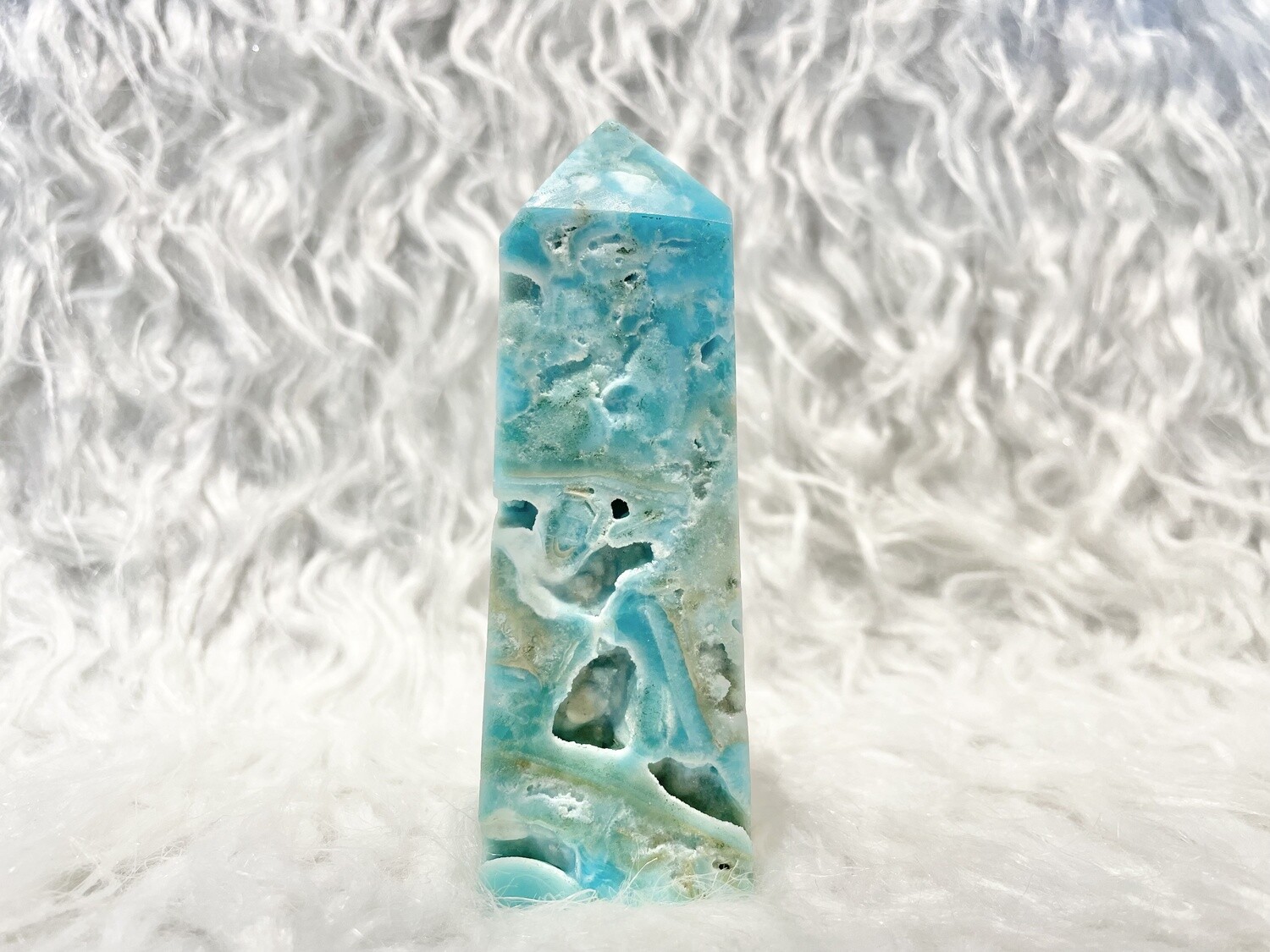 Nestled in the forested hills of southern Guatemala, the small city of Antigua was once the most prominent seat of Spanish colonial government between Mexico City and Peru. Founded in the early 16th century, it served as Guatemala’s capital for almost 300 years, until 1773, when it was abandoned by crown officials following a series of devastating volcanic eruptions, earthquakes and floods.

This blue aragonite in an electrifying blue is also joined with brown aragonite and many druzy caves. It stands at a height of 5.25"