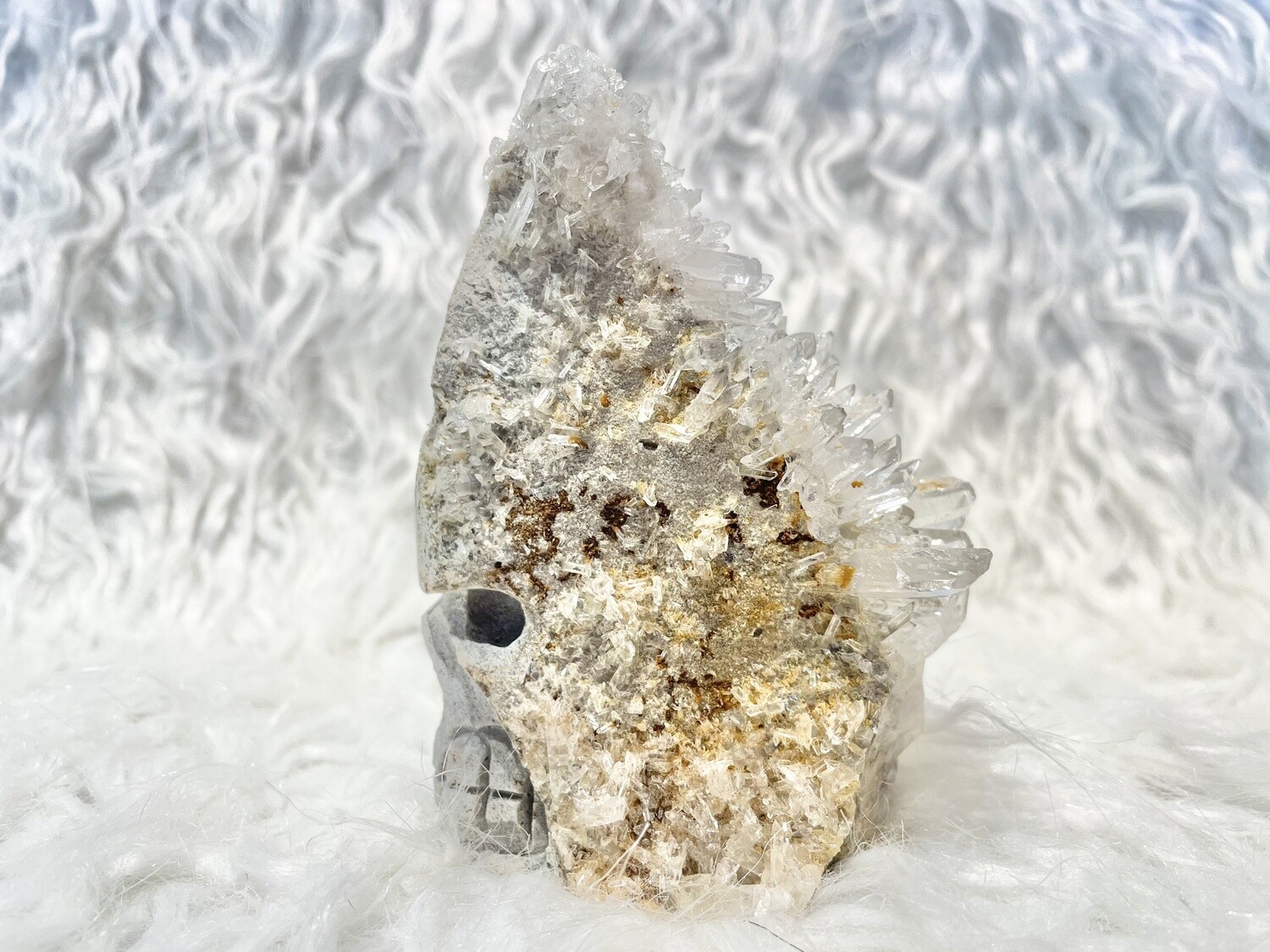 Perhaps the most famous pirate of all time, Blackbeard lived up to his fearsome reputation. He was said to enter into every battle with a bevy of weapons including knives, pistols and two swords. At his most powerful, he had four ships in his fleet and 300 loyal pirates to man them. He seized more than forty merchant ships in the Caribbean. While he had an impressive run, his luck ran out when he was captured by the Royal Navy and beheaded, with his severed head raised near Virginia’s Hampton River to warn other pirates to stay away.

The quartz cluster shaped into this skull has a ton of rainbows and simply glistens in any light - indoor or outdoor. It also has tiny baby quartz points growing atop each other with some hematoid included points. View the video of this sparkly skull here.