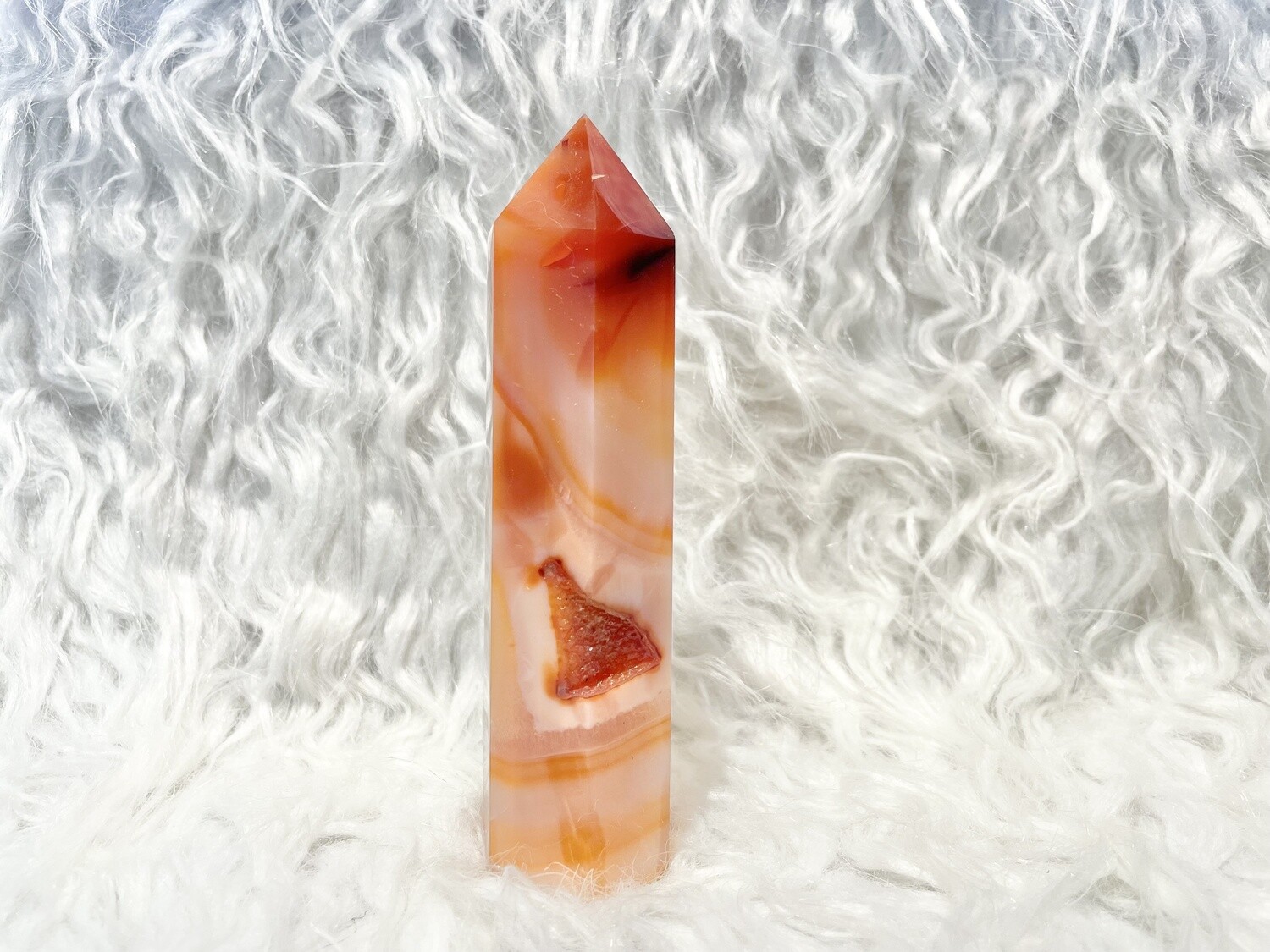 Someone has expertly set up a Halloween pumpkin strip along their street, complete with fake blood. But a hungry kid could not help themselves and took a bite out of one of the pumpkins. The best-known and generally least expensive variety of chalcedony is carnelian. It ranges in color from yellow-orange to rich, near reddish-orange, to orangey-brown, and varies from semi-opaque to highly translucent. This one has a shallow orange druzy cave and beautiful veins running around it.