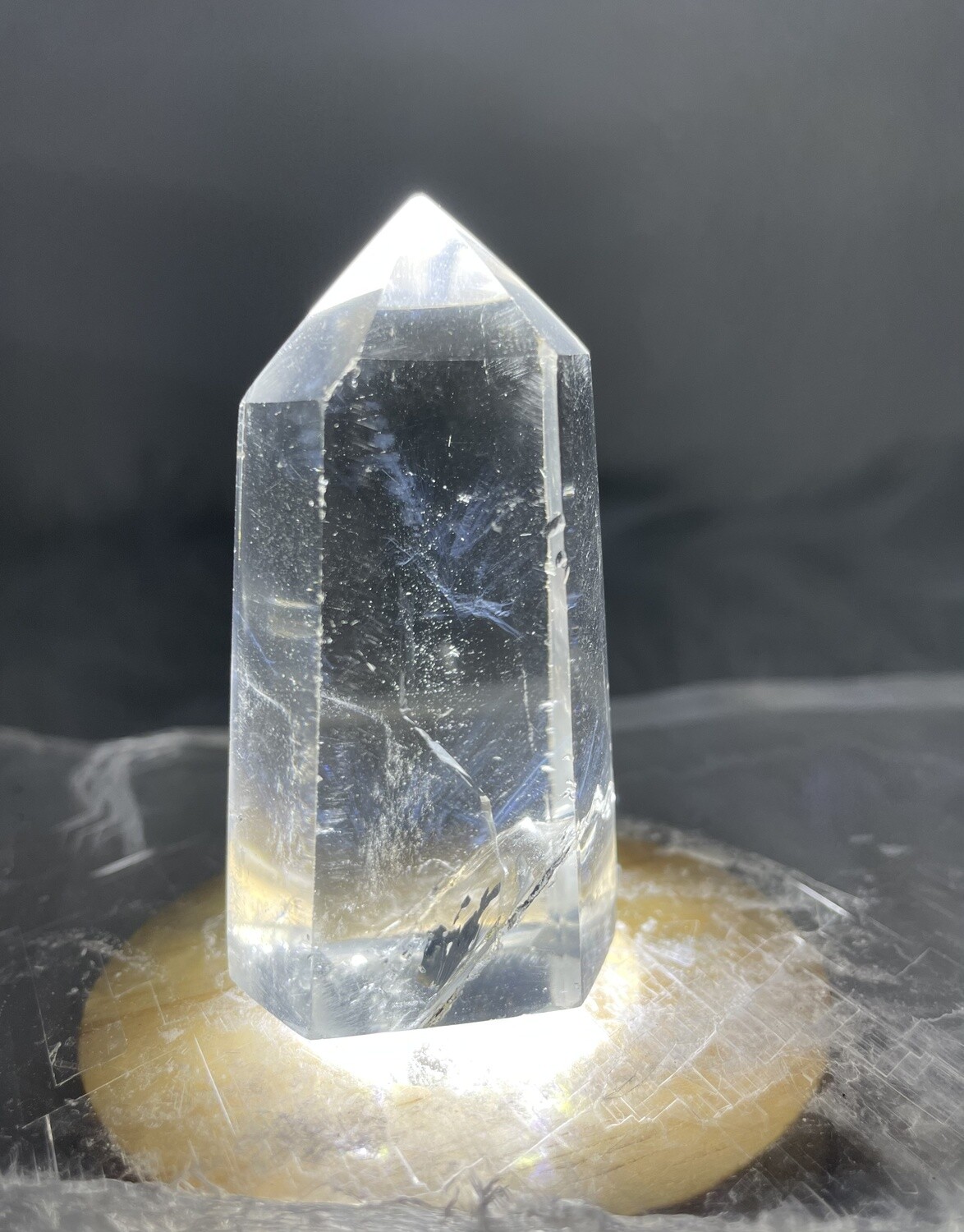 Like blue angels descended, these blue feather quartz points will always have an angellic halo about them.

Blue Angel Feathers Quartz, or Angel Phantom Quartz, is a rare variety of included quartz from Brazil. It is milky white quartz that contains one or more of the amphibole minerals which are primarily the asbestos silicates. The most common being Actinolite and Tremolite and Hornblende. These are fibrous asbestos minerals and the fibers give an opaque milky appearance that reflect light into angellic blue rays when you look into the tower.

These crystals are commonly known as "Blue Angel Feathers Quartz" due to the inclusions sometimes having a wispy effect resembling wings like this specimen. This is a highly transparent crystal and everything inside can be seen clearly.