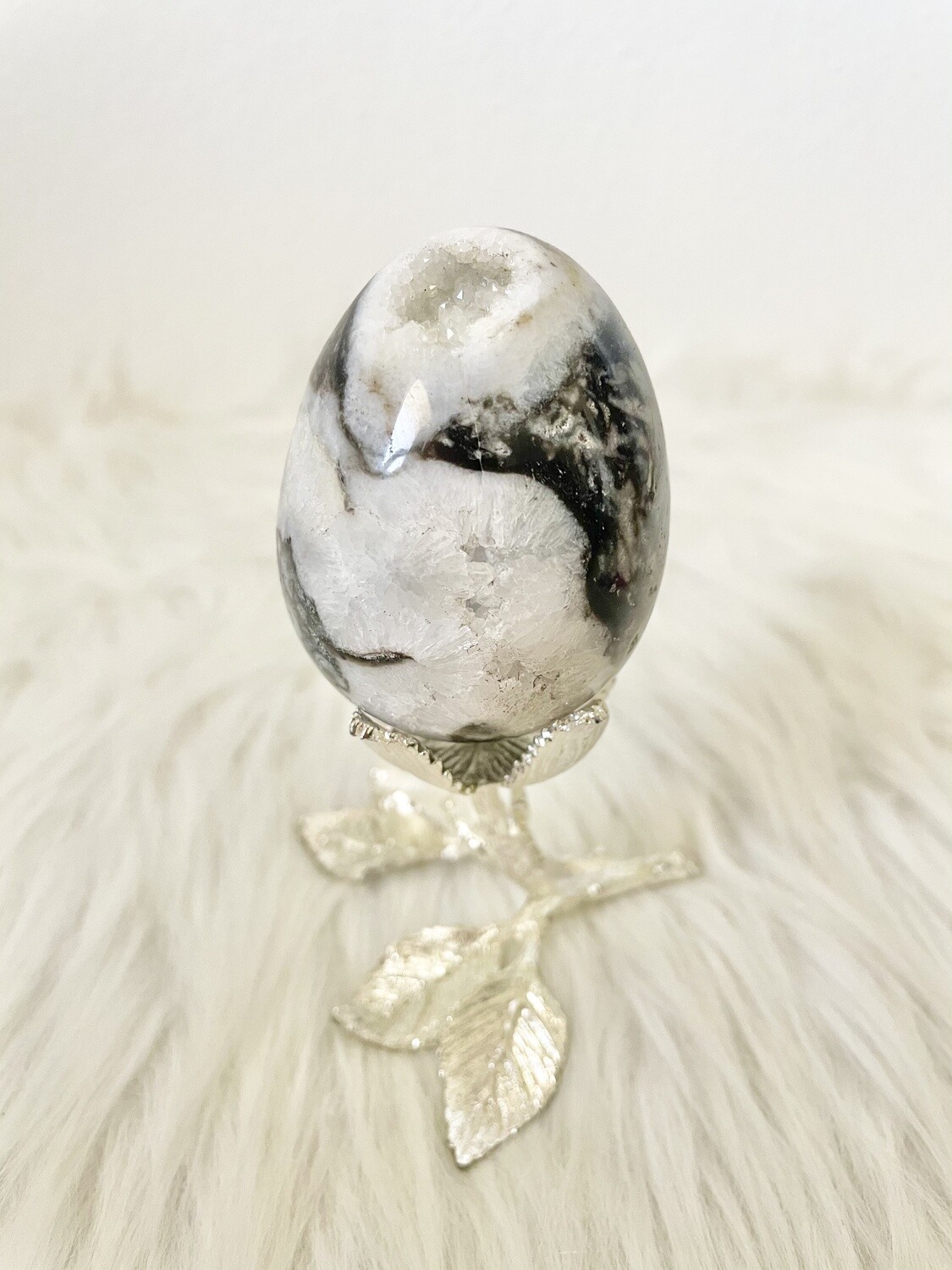 A yummy egg for breakfast drizzled with sweet soy sauce! Dendritic Agate is known as the Stone of Plentitude. It brings abundance and fullness to all areas of life, from business to agricultural endeavors. It was associated with the ancient Greek dryads, woodland, and tree spirits, and was buried in the fields at the time of sowing to insure a good harvest.

Historically, Agate has been discovered with the artifacts of Neolithic people and was used as healing amulets and ornamentation dating back to Babylon. Its medicinal uses continued through the ancient Greek and Egyptian civilizations and spread throughout Africa and the Middle East into Russia. Agate sparked a world-renowned stonecutting and polishing industry in Germany that flourished from the 15th to the 19th century, and exists today.