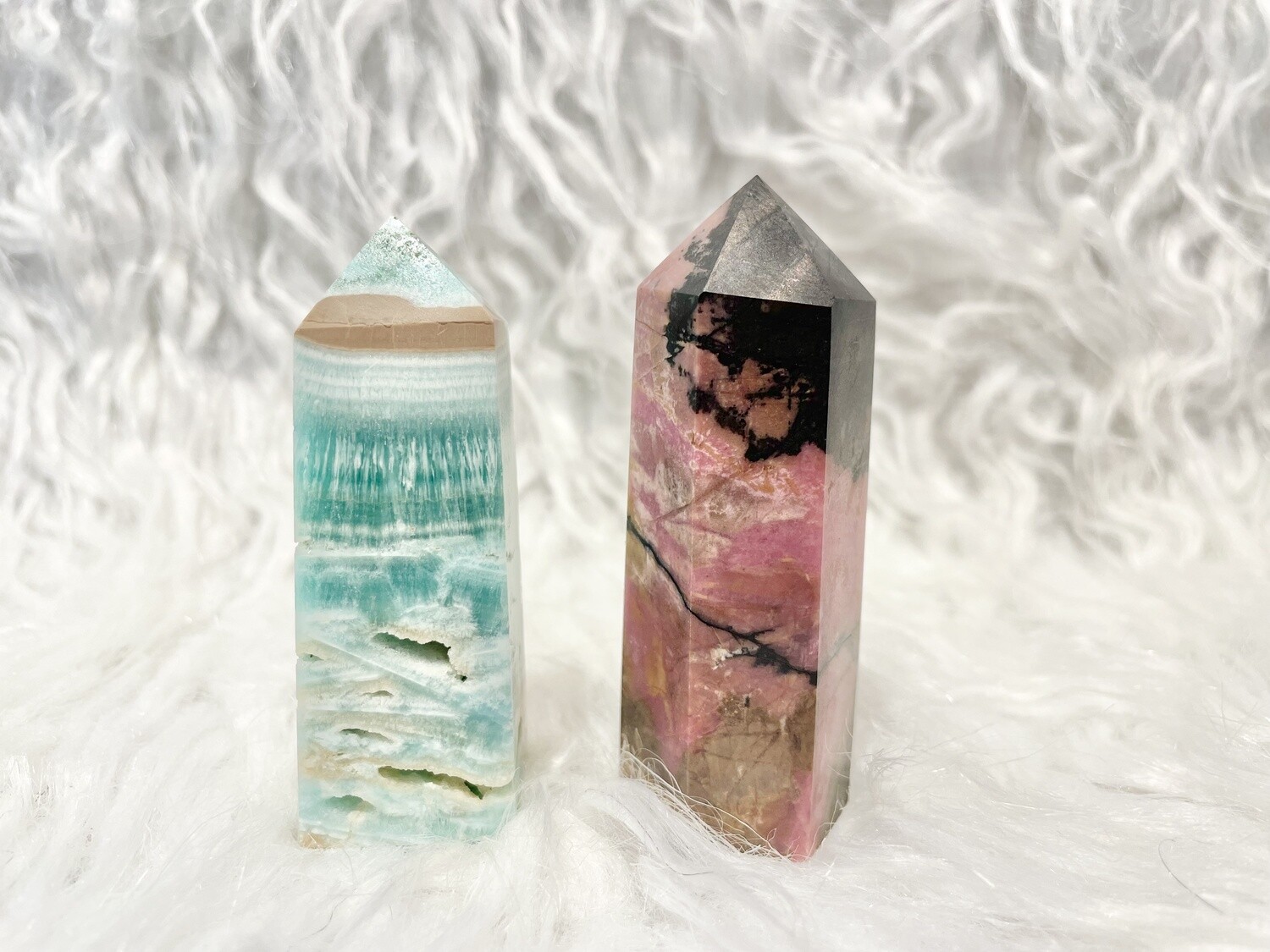 Modern chewing gum was dreamt up by scientist and inventor Thomas Adams in the late 1800s. But before he was a scientist or inventor, he was a photographer and failed experimenter with a day job in New York City as a secretary. After attempting to make toys and rubber bicycle tires from chicle, a naturally occurring gum tapped from Mexican sapota trees, Adams became inspired by Mexican general Antonio de Santa Ana—the person he was performing secretary duties for—who frequently enjoyed chewing chicle.

Only the rhodonite tower is available in this listing.
Save this product for later
Display prices in: USD