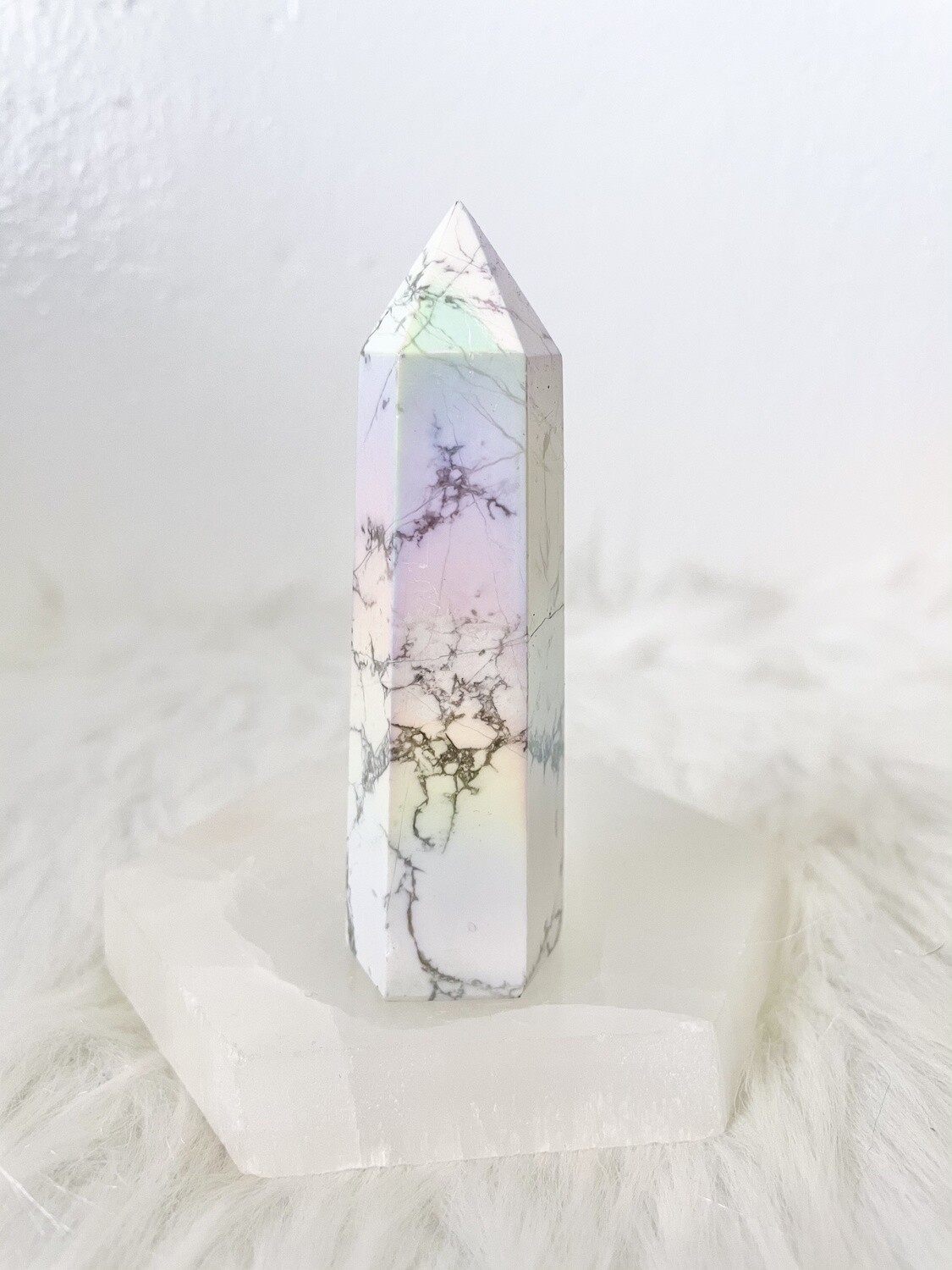 One of my favorite stories of all time! Shockingly, this innocent children's book was banned in Kansas in 2006 because “talking animals are blasphemous and unnatural;” and passages about the spider dying were also criticized as being “inappropriate subject matter for a children's book."

Howlite is a calming stone and it can help its wearer to reduce their own levels of stress and anger, as well as anger that is directed towards them. Howlite absorbs negative energy and its calming qualities are thought to also help reduce insomnia as it relieves and unburdens an overactive mind.