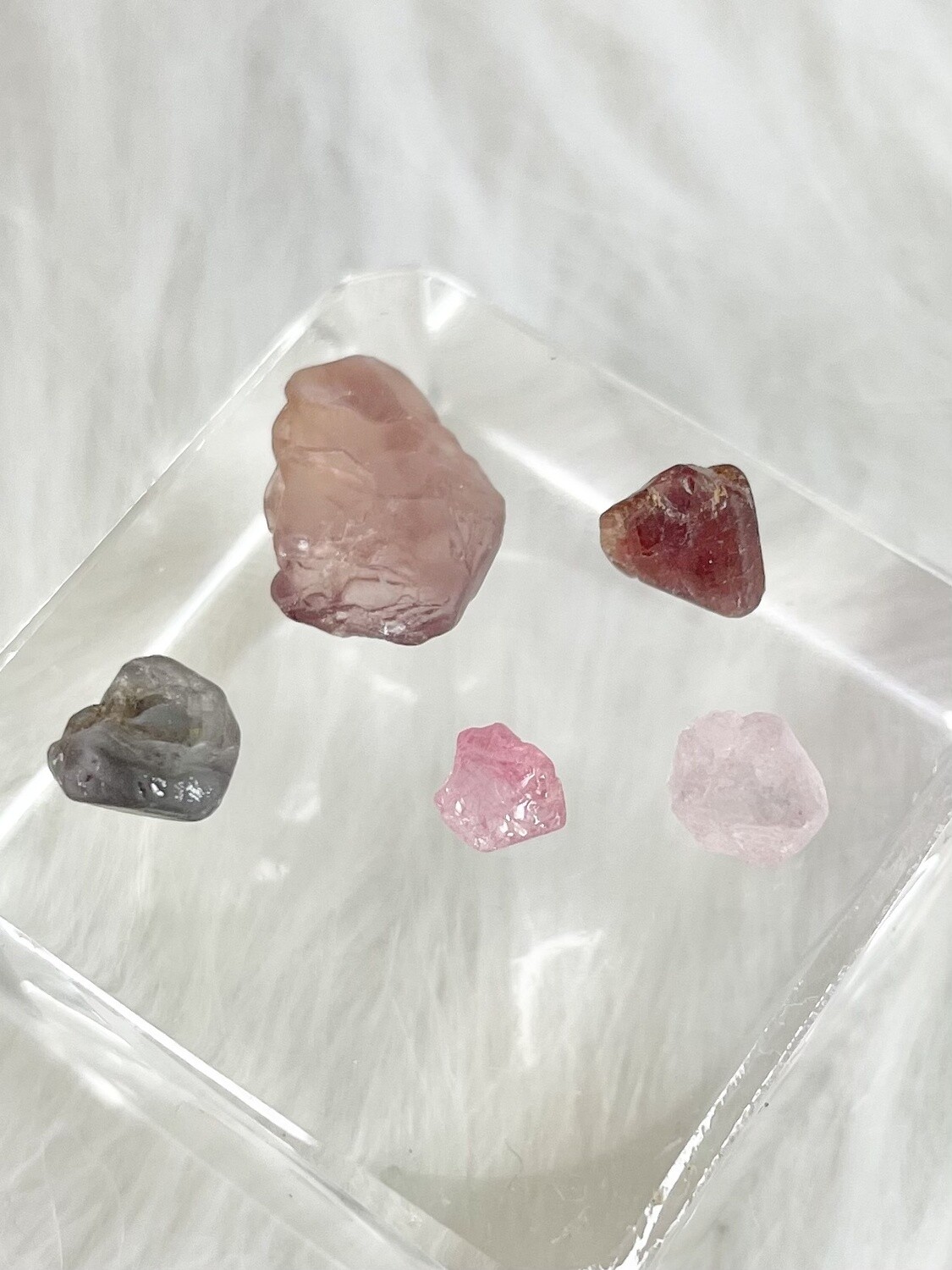 00120
$28.00
In stock
1
Product Details
Spinel is a gem that has been confused with ruby and sapphire for over 1000 years. Several of the most spectacular spinels ever discovered were mounted in "crown jewels" under the assumption that they were rubies or sapphires.
.
Spinel occurs in the same bright red and blue colors as rubies and sapphires and forms in the same rock units, under the same geological conditions, and is found in the same gravels. Found among rubies and sapphires it is not surprising that ancient gem traders misidentified them.
Save this product for later
Display prices in: USD