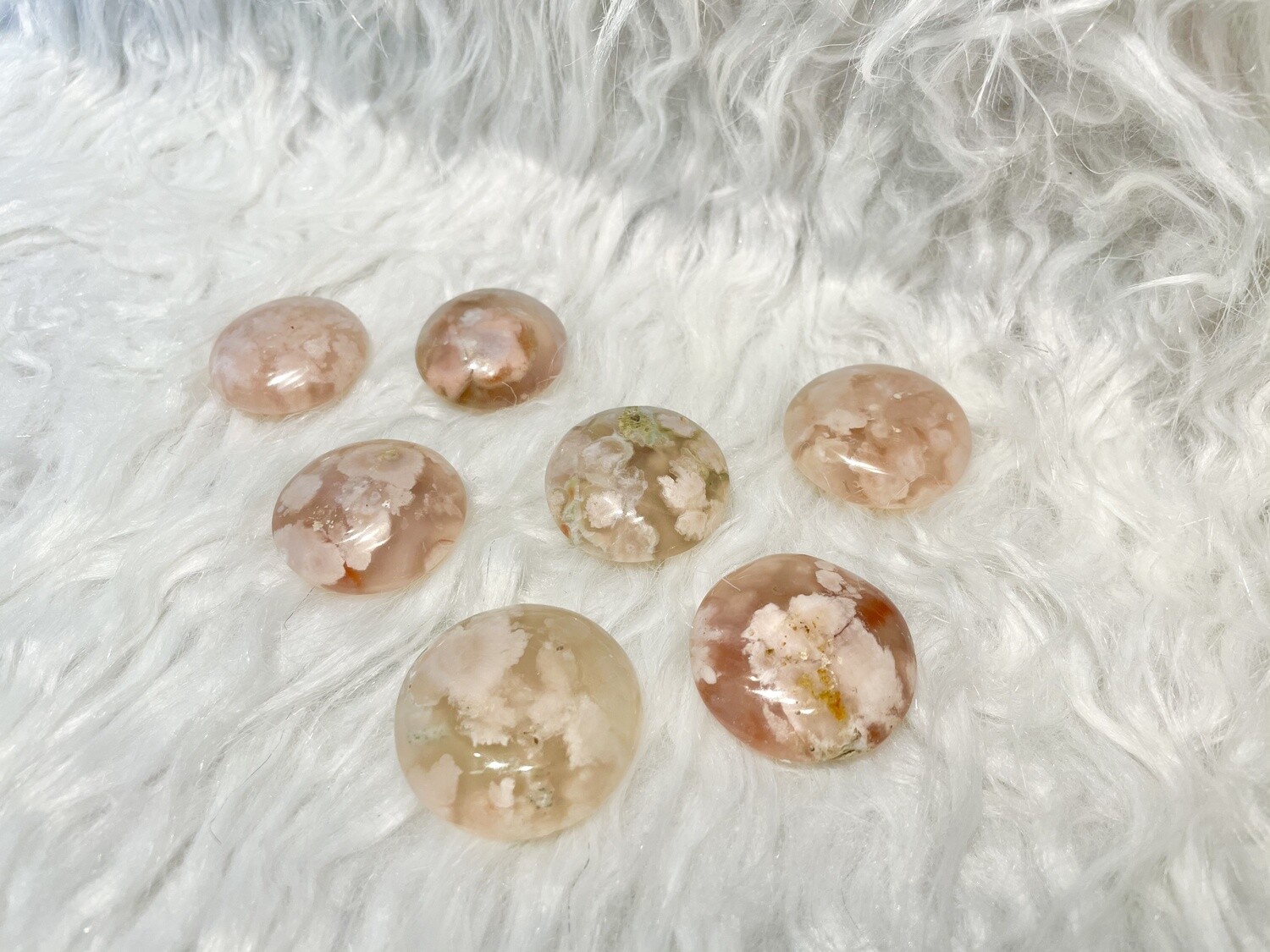 What’s better than cryptocurrency? Crystal currency duh! The first historical references to the use of crystals come from ancient the Ancient Sumerians, who included crystals in magic formulas. The Ancient Egyptians used lapis lazuli, clear quartz, carnelian and sodalite in their jewellery. They also carved grave amulets of the same gems. The Ancient Egyptians used stones primarily for protection and health. Chrysolite was used to combat night terrors and purge evil spirits. Egyptians also used crystals cosmetically. Galena (lead ore) was ground to a powder and used as the eye shadow known as kohl. Malachite was used in a similar manner.

Here are flower agate rounds that will be picked intuitively for you.