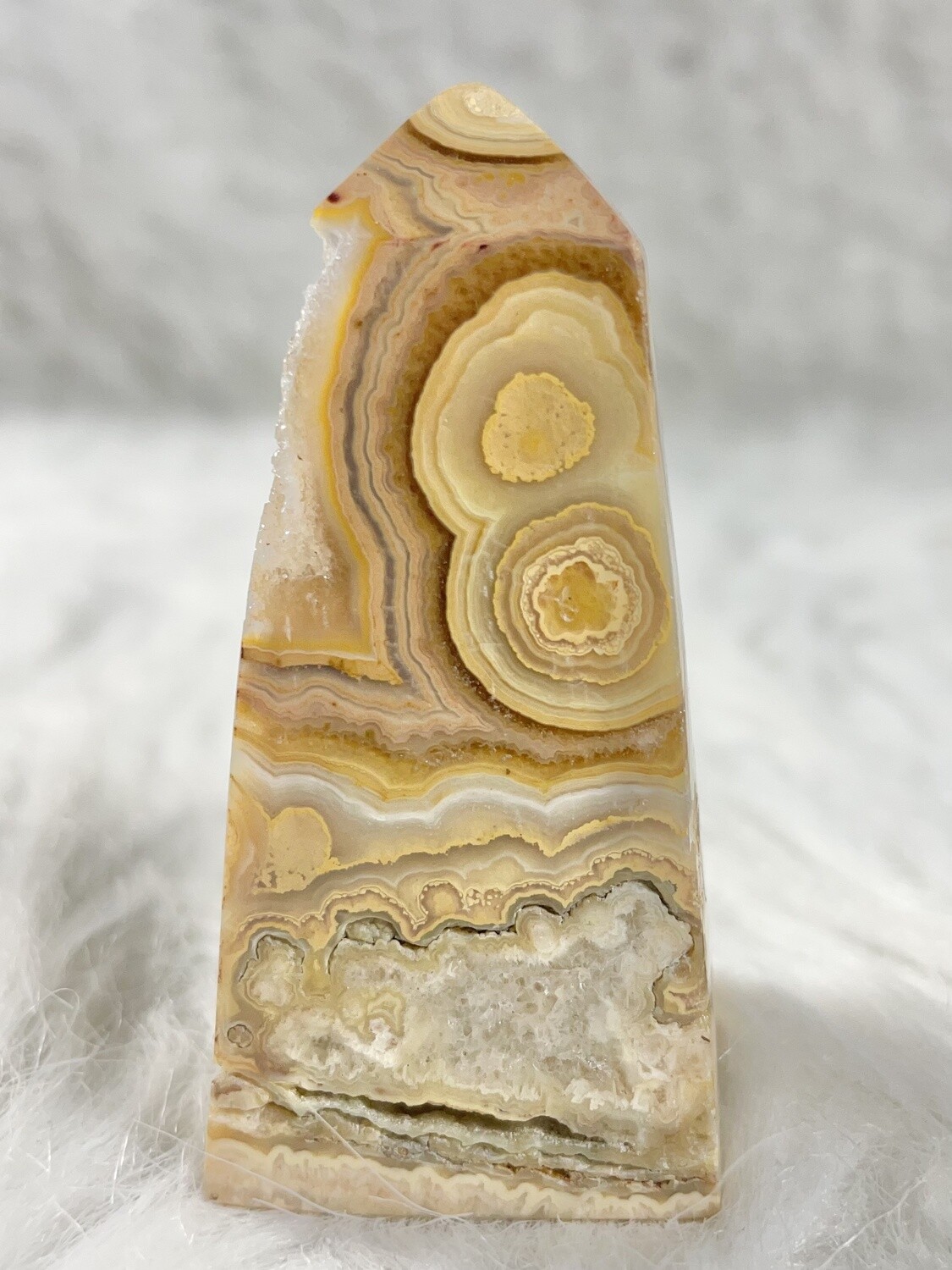 The Sinai Desert is situated on the Sinai Peninsula, in the easternmost part of Egypt between the Mediterranean and the Gulf of Suez. The climate of the deserts in Egypt is a harsh one, but a beautiful one.

The Crazy Lace Agate is a banded microcrystalline quartz infused with aluminum and iron. It usually has complex patterns and bright colors, producing swirls of golds, greys, blacks, and browns, and even the occasional reds and pinks. It is believed to have been created some 65 to 90 million years ago. The Crazy Lace Agate has patterns that resemble woven lace, which is thought to be very useful when it comes to weaving protections around it and bestowing these protections to whoever wears it!