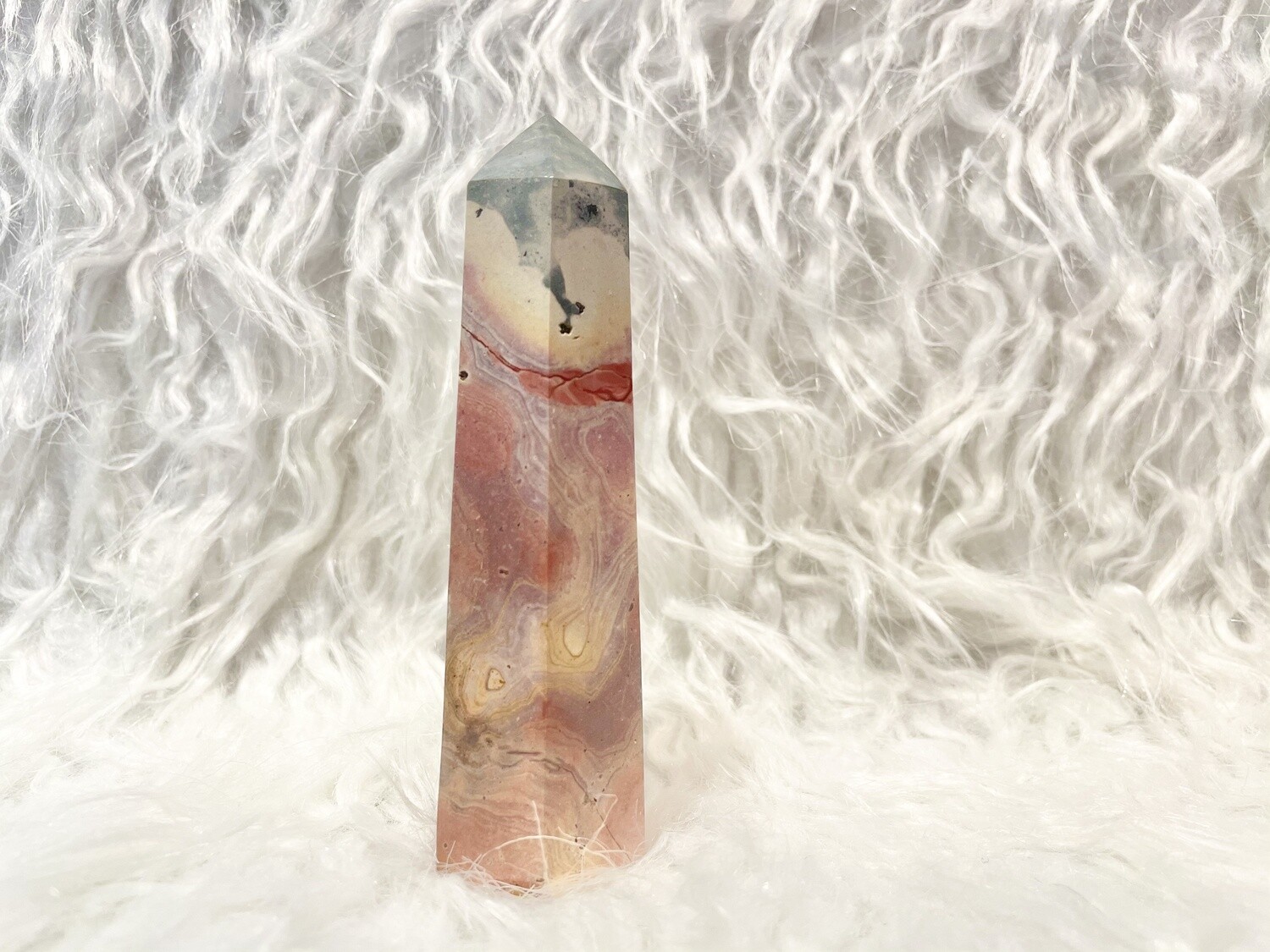 Ok can’t get enough of the cows in outer space towers, this one is about them finally arriving at the Milky Way. Jasper is a dense, opaque, microcrystalline variety of Quartz. Fibrous and grainy varieties of Quartz are often grouped together and referred to as Chalcedony, though Jasper’s microcrystals are laid out in large, sugar-like grains rather than the fibrous layers of Chalcedony or Agate. It occurs in nodules or as fillings in fissures and may be found all over the world, in nearly every color. Jasper is colored by oxides of iron and known for its deep earthy tones of red, yellow, brown, and green, sometimes in shades of blue or purple, and displays wonderful contrasts in its banding, inclusions, “pictures,” and small circular patterns.