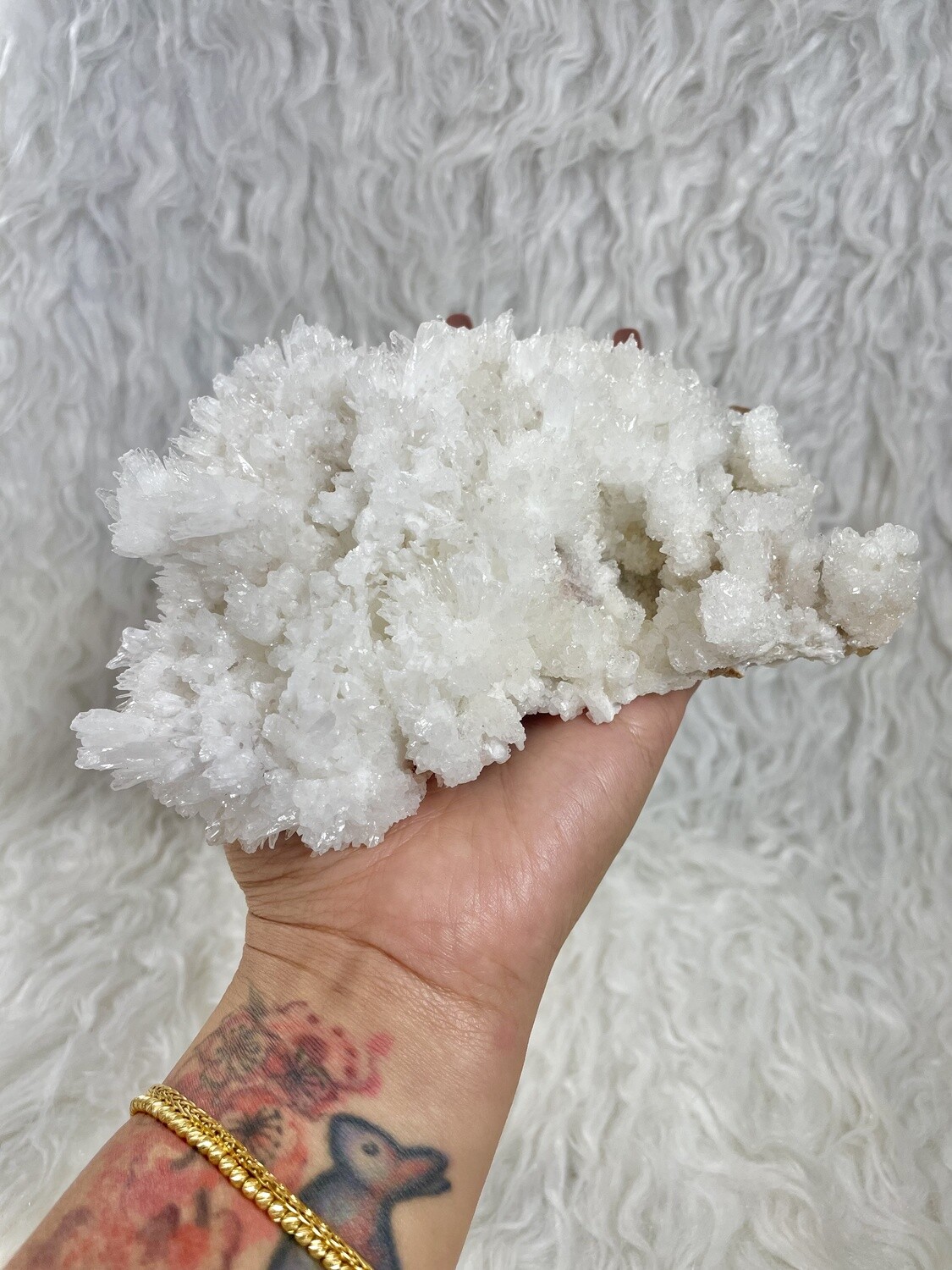 Cave calcite, or Mexican aragonite, forms underground due to groundwater deposition. While it often forms stalactites and stalagmites it can also form unique, branching, tree-like structures. The massive Potosi Mine at Santa Eulalia produces some really fascinating cave calcite formations. In 1912 miners broke into the first underground cavern containing amazing cave calcite formations. Additional caverns have been discovered over the decades during mining operations. Luckily collectors have been able to recover some of this material before some of the caverns were subsequently destroyed by the mining operations.

This is a Mexican aragonite with honey calcite base that weighs 2lbs and measures 7” wide.