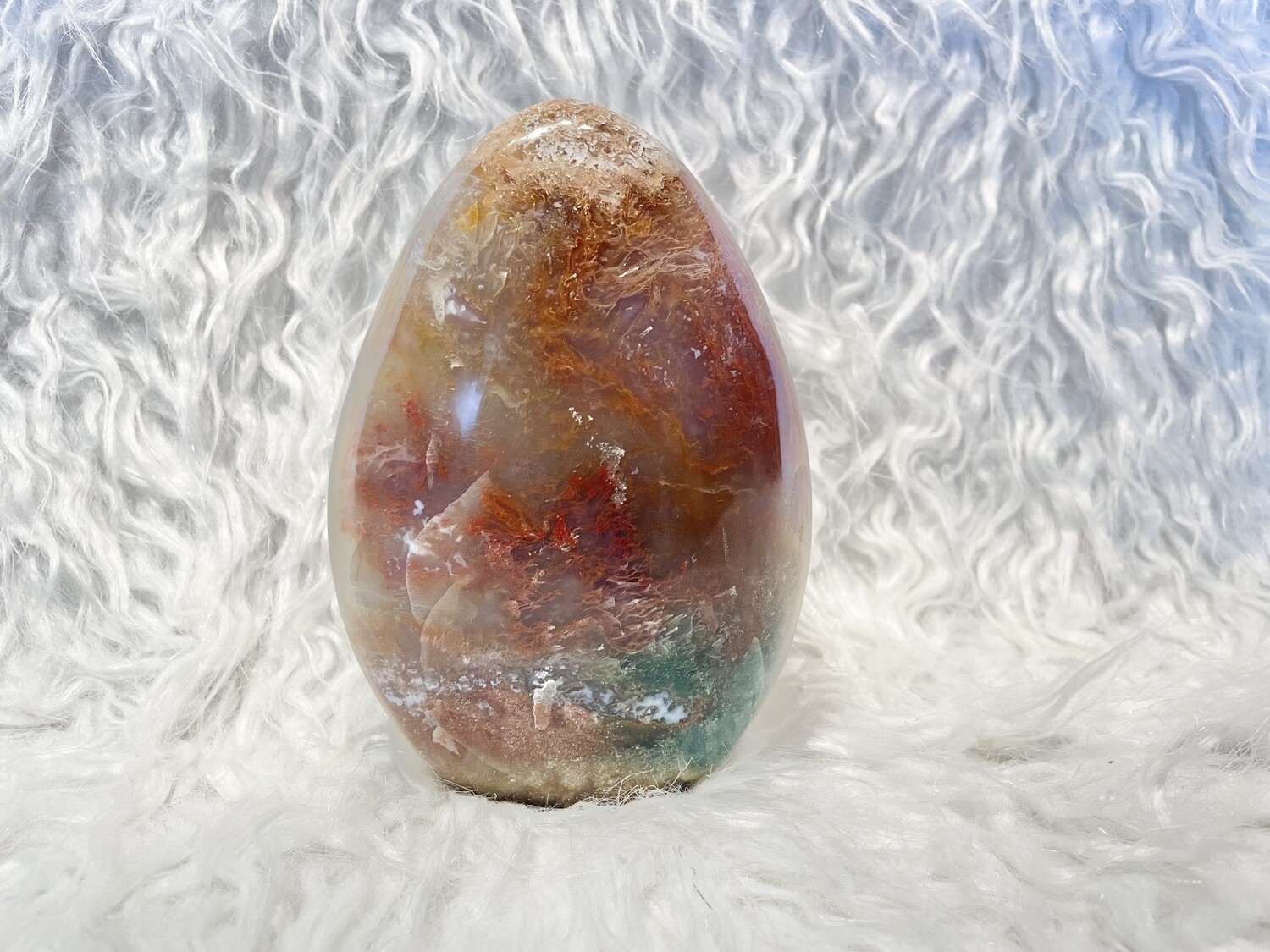 Pele is the goddess of volcanoes, fire, and lightning. She is believed to have created the Hawaiian islands, and is considered to be a sacred, primordial force. This goddess of fire and volcanoes continues to devour the Big Island with molten lava, also creating new land in the process. Small towns and entire forests have been wiped out by Pele’s passionate, unpredictable and volatile temper, and while her presence is felt on all of the Hawaiian islands, legend maintains that she resides in one of the most active volcanoes in the world — at the summit of Kīlauea. This ocean jasper freeform weighs 2lbs and measures 5.5".