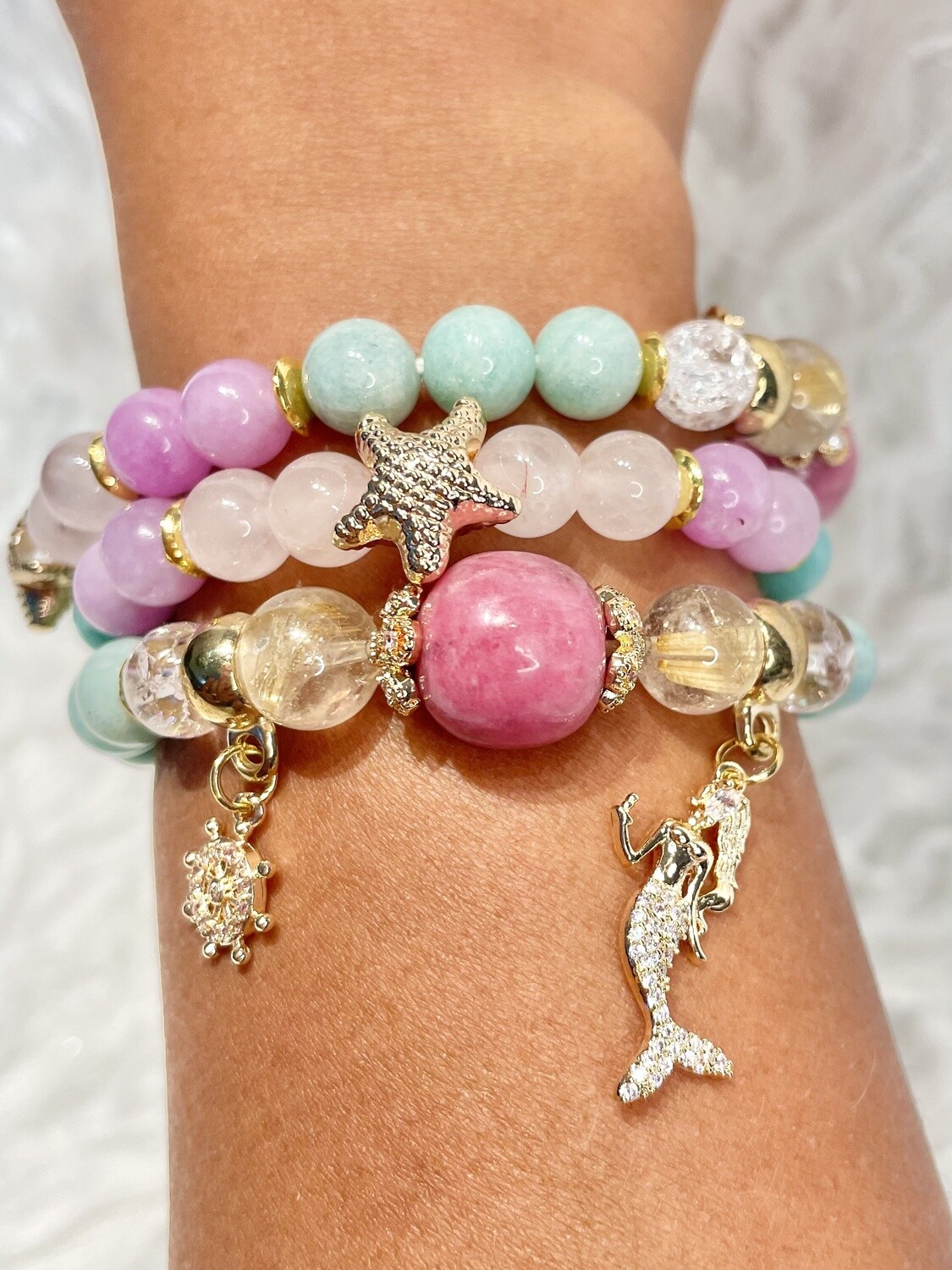 There is a famous Hawaiian folk tale which tells about a mo´o (mermaid) called Hina. She was a beautiful sea goddess who had a competitor, an evil mo´o called Mokuna, who wanted to kill Hina and destroy her home. Jealous Mokuna pulled a giant rock into the river plugging it. The water level was rising and Hina´s home was about to be destroyed. She called her son the demi-God Maui to help her. Maui started to chase Mokuna with his canoe but she was faster and hid in a waterhole. Maui called goddess Pele to help him to destroy Mokuna. Pele came down from the volcano bringing hot lava with her. The water turned burning hot and in the end killed evil Mokuna.

Clearly, the beautiful mermaid made into a 14k gold-plated charm in our Hawaiian Mermaid bracelet doesn't give too many f--s as she can be seen wielding a finger to the world. Paired with a ship wheel and a starfish for accompainment, they sparkle together while being surrounded by high grade beads. Rose quartz, kunzite, amazonite, clear quartz, rutilated quartz and a large deep pink rhodonite signify the everlasting beauty of Hawaii and where the mermaid resides.