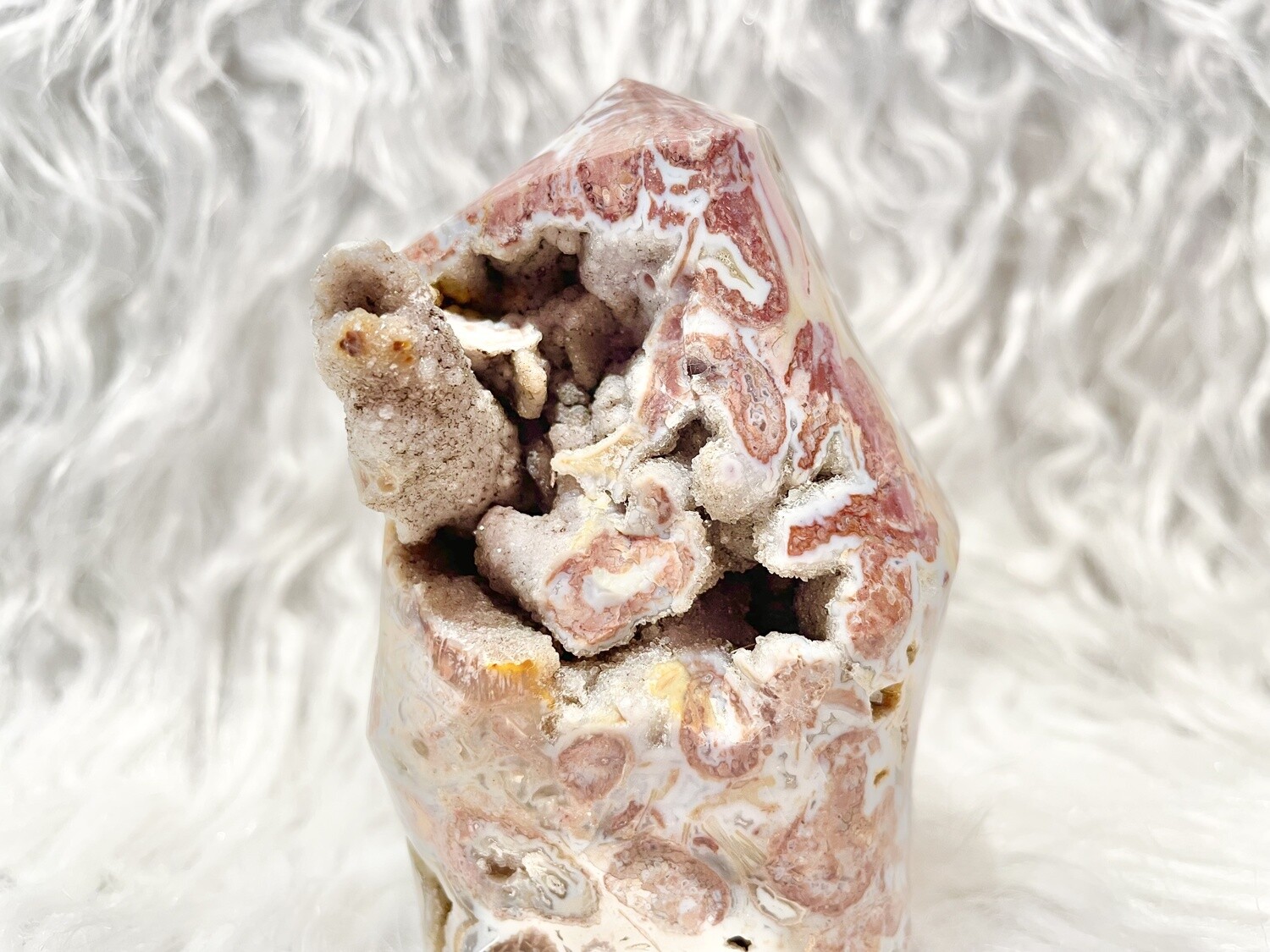 The teapot first appeared in China during the 1500s. Unlike today, users wouldn’t pour the tea into a cup, but rather brew the leaves and then drink the liquid out of the spout. Eventually, the teapot was introduced to Japan with the help of traveling Chinese businessmen. As globalization emerged, Europe was soon gifted with teapots during the 17th-century.

This extremely unique jasper-skinned druzy stalactite was found in Indonesia, and also carved and polished there. Its patterns are red and pink, and like the oriental teapot, it has a stalactite that grows as a spout. Stalactite specimens are not common. By their very nature of the formation, they are limited – and by their fragile nature even more so.