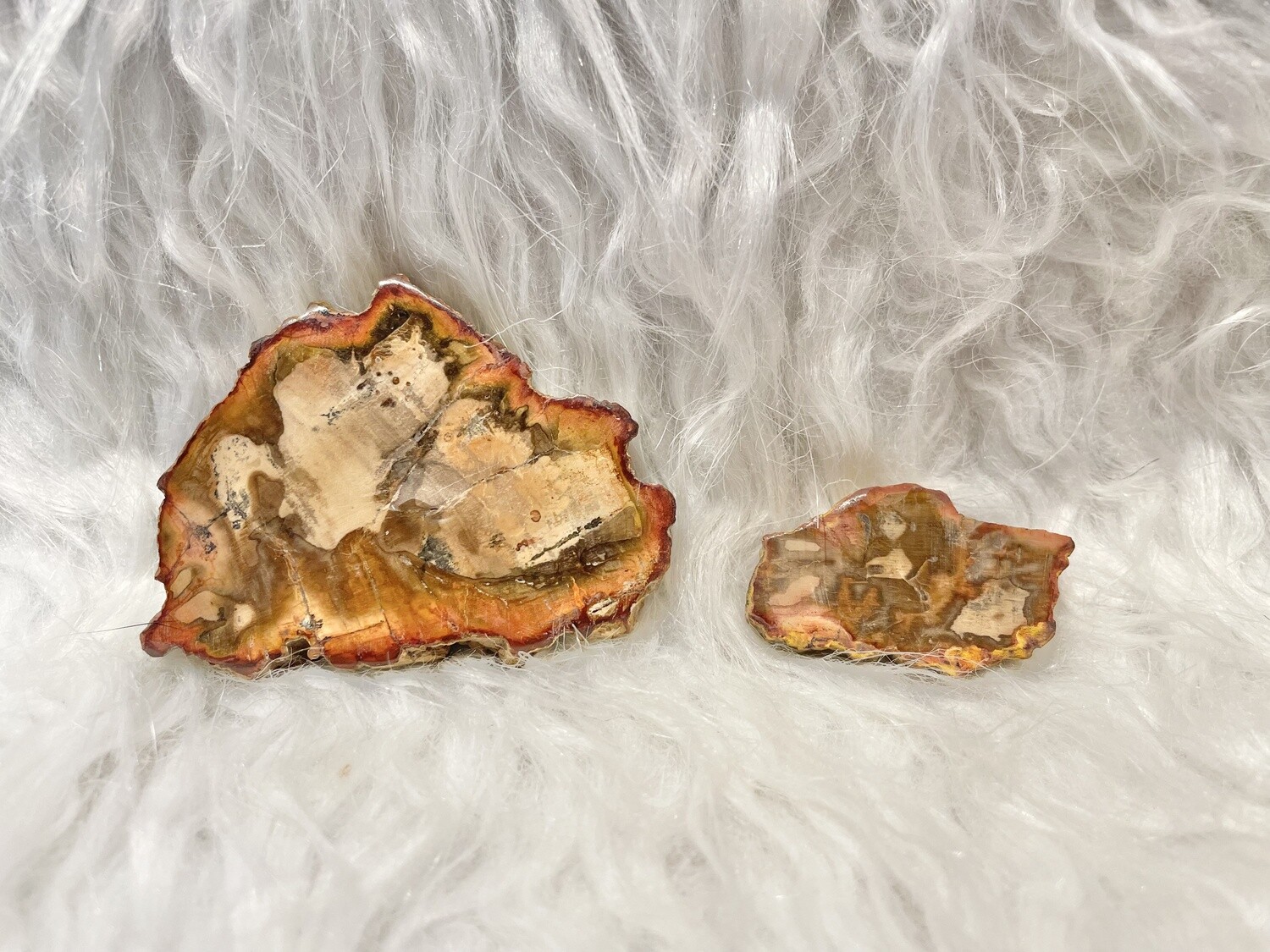 Scientists have found nearly 2,000 alien planets since the first such world was confirmed orbiting a sunlike star in 1995. More than half of these discoveries were made by NASA's space telescope, which launched in 2009 on a mission to determine how common Earth-like planets are throughout the Milky Way galaxy. Small, rocky worlds like our own are abundant in the galaxy, and some of them may be capable of hosting life as we know it.

Petrified wood is a fossil. It forms when plant material is buried by sediment and protected from decay due to oxygen and organisms. Then, groundwater rich in dissolved solids flows through the sediment, replacing the original plant material with silica, calcite, pyrite or another inorganic material such as opal. The result is a fossil of the original woody material that often exhibits preserved details of the bark, wood, and cellular structures.

Only the left, larger slab is available.