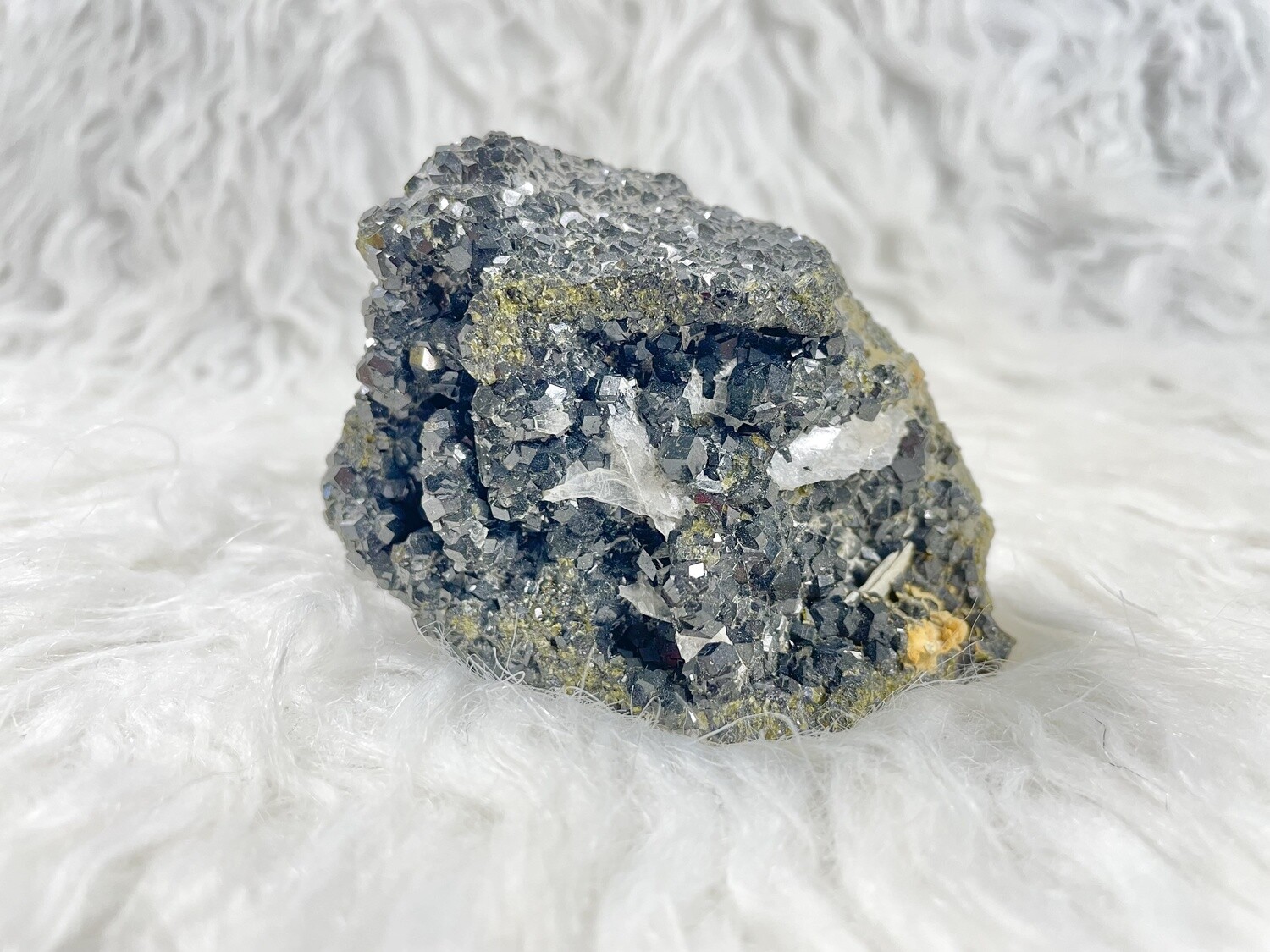 The dazzling beauty from outer space descended upon earth, with a smattering of glitzy green epidote across her well-formed cubic dress of black andradite garnets; as she carefully welds her muscovite blades, unsure of what’s to come. Andradite is one of the most sought-after garnet species, named after the Portuguese mineralogist d'Andrada. It is well-grounded in Earth's elemental colors of green or olive, dark yellow, and black. A spiritual stone of higher thinking and self-empowerment, it is also a stone of strength and safety.

This is a mostly covered andradite black garnet specimen with epidote and muscovite blade growth. View its video here.