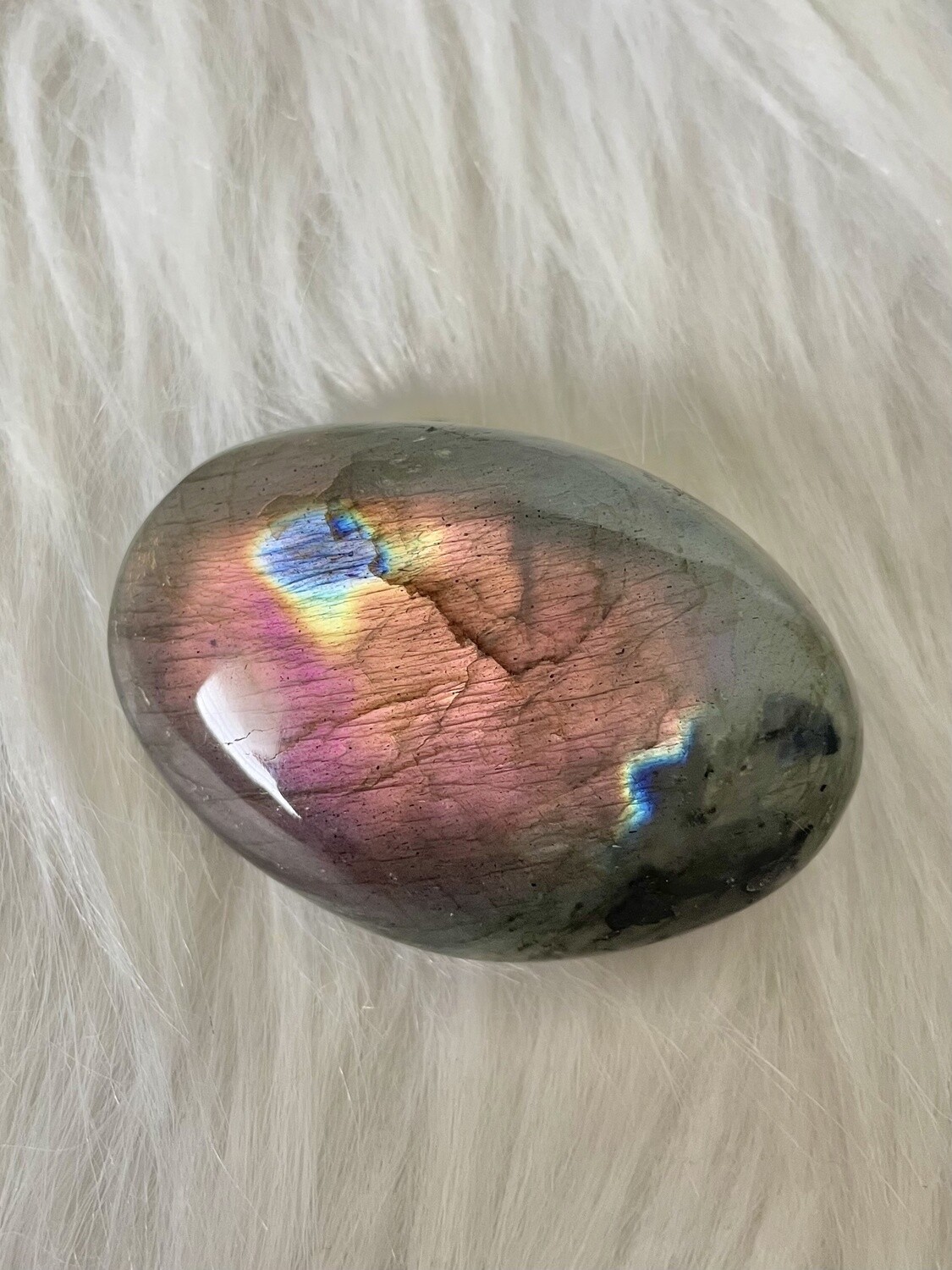 Hold the sunset in your palm and let it radiate a glowing energy through you!

Labradorite has a long and sprawling history and thanks to its rich shamanic vibes its stories are linked with tales from the Inuit people. The legend says that once upon a time, an Inuit warrior saw that the Aurora had become trapped in a piece of stone. He took his spear and struck the rock to help set the light free. Moravian missionaries traveled to this remote Canadian wilderness back in the 18th century and became so enchanted with the mystical stones that they carried them back to Europe.

A little further discovery shows that it's not only Canada that cleaves Labrador from the earth, but also the winter winds of Finland and the former Tsar kingdoms of Russia. In Finland, they named this stone the Spectrolite as it seemed to capture every shade in the whole spectrum of existence. Whatever the name, this stone has long been synonymous with the ideas of art and magic. It’s for those who want to embrace the mysteries of the universe – all while making sense of their own space.