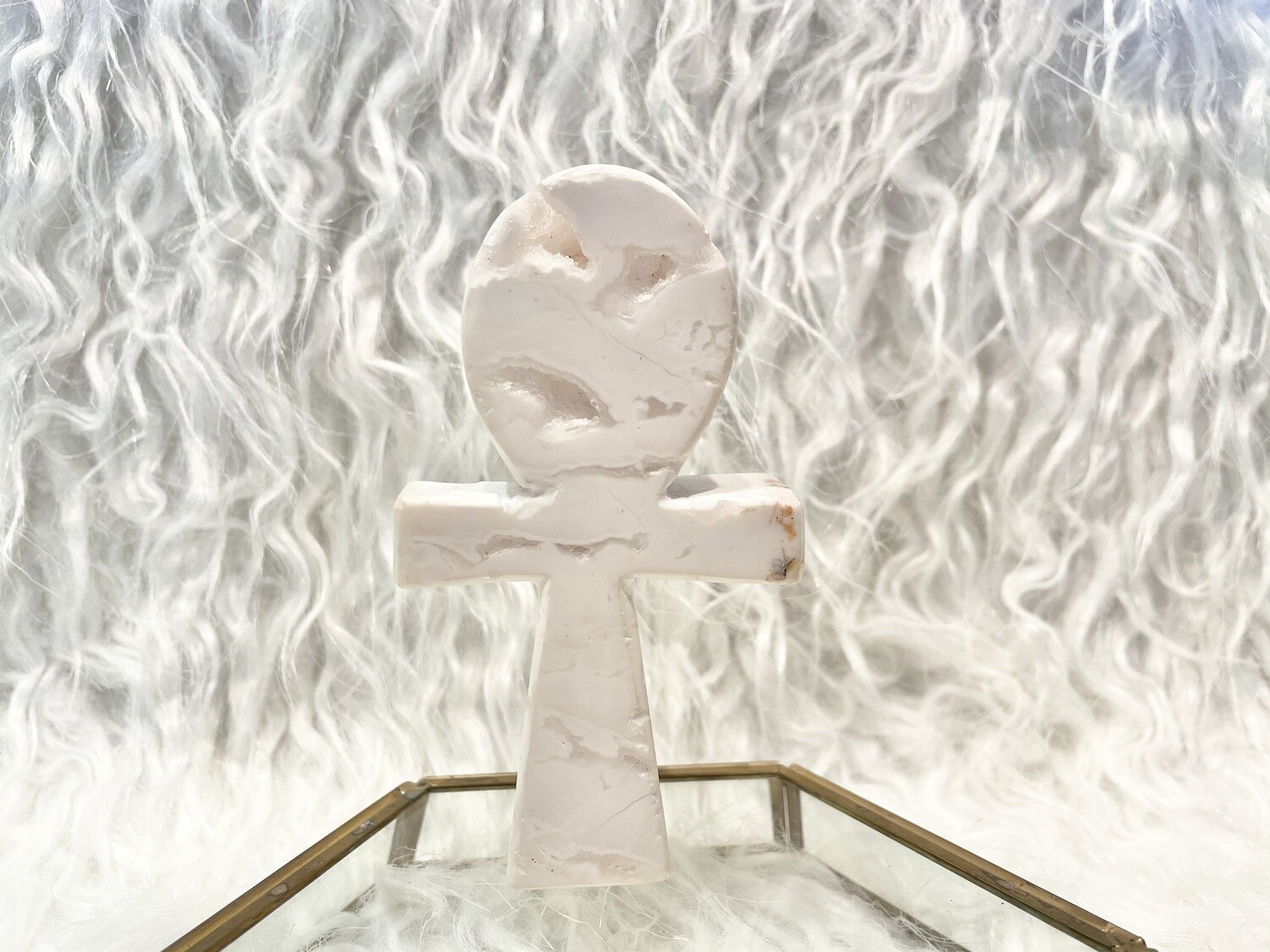 The Ankh is one of the most recognizable symbols from ancient Egypt, known as the key of life, dating from the Early Dynastic Period (3150 - 2613 BC). It is an Egyptian hieroglyphic symbol for "life" as the Egyptians believed that one's earthly journey was only part of an eternal life. The ankh symbolizes both mortal existence and the afterlife. It is one of the most ancient symbols of ancient Egypt, carried by a multitude of the Egyptian gods in tomb paintings and inscriptions; and worn by Egyptians as an amulet.